The NPS-API was created when we were contacted by a supplier of Licence plate recognition software to add the functionality and lookout database used by NP Tracker as a add-on to their product.
We developed the API and today anyone can set up and query the NP Tracker database through our API, so criminals beware the net is closing down minute by minute.

We like to play ... and while playing we discovered that we actually made cool stuff users can use. 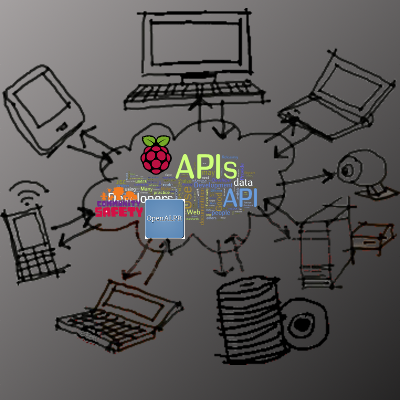 We notices that most of the LPR systems employed use central processors to do the licence plate recognition on, but that maintainers then start running into problems with upgrading the processors ever so often and having difficulty setting up and getting the required reliability throughput between their cameras and the processor site.
The idea then came to mind, why not use a local cheap processor for each camera no high-speed (and $$$) network will then be required and we only send the detected number plates ie make a system that is not as bandwidth hungry.
We started playing with the cheap raspberry PI AND WAS SOON IMPRESSED by its capabilities.

The jammer detector consist of a cheap raspberry PI with a Software Defined Radio module, we use to detect and report active jammers.
Why you may ask? Jammers is frequently used in criminal activity either to JAM your vehicles tracker OR to inhibit communication
Users that are jammed will most often only realise it when it is too late and the first bullets have left the barrel.
Car thefts using jammers to block the trackers now paint a target we can detect, on their backs.
With the aid of the Jammer detector we can inform either the driver or at least notify someone (you decide) that there is a jamming device active.

If you come across anything along the way that we haven’t covered, or if you know of a tip you think others would find handy, please let us know and we’ll see about including it in this guide.